The Cromford Report Market Summary for the Beginning of July 2011 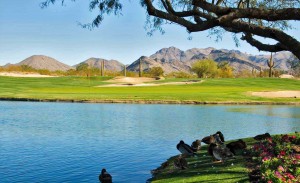 What an amazing month was June!

According to the current ARMLS data, 2,216 homes closed on June 30 across all areas and types, the largest total we have ever recorded for a single day. It beat the previous record set on June 30, 2004 by nearly 57%! Not only that, but the total for the calendar month of June was 11,141, also a new all time record for sales through ARMLS. We know that the total sales recorded by the counties may have been a little higher during the summer of 2005 because so many transactions were completed outside of ARMLS in those days (mainly new homes and FSBOs). However in June’s total we are not including the homes purchased at trustee sales which were very few in 2005 and likely numbered over 1,500 last month. However you look at it, June 2011 sales volume was enormous.

The make-up of these ARMLS sales was also exceptional. Short sales and pre-foreclosures totaled 3,057 across Greater Phoenix, up 49% from May. Lender owned properties were up only 3.4% at 4,508, while normal sales were up only 3.8% at 3,416. These three counts don’t quite add up to 11,141 because there were 160 “out-of-area” sales too, lying beyond the borders of Greater Phoenix.

Because so many of these closed transactions were short sales, we have to expect some volatility in these numbers over the next few weeks. The flexmls system automatically closes pending transactions when their COE date is reached. Sometimes a snag occurs in real life and a sale fails to close when expected and has to be manually reversed later. This is far more likely to happen with short sales than other types because of the large number of approvals and documents needed to successfully close escrow. As usual our sales counts will be constantly monitored and corrected as newer statistics emerge on a daily basis.

The exceptional number of short sales had another impact. With normal sales dropping from 34% to 31% the monthly average price per sq. ft. fell just under 1% from $82.55 to $81.75 between June 1 and July 1. REO pricing per sq. ft. went up 1.0% and normal pricing went up 1.1%, but short sales and pre-foreclosure pricing went down a huge 4.7% across Greater Phoenix.

Here are some key figures for all areas & types:

So supply continues to drop while demand is extremely strong. However, during the summer months we expect demand to remain much stronger among investment buyers than among regular buyers. Particularly at the upper end, buying interest tends to fall off during the third quarter. For example in the range above $3,000,000 there were only 3 homes under contract on July 1 whereas there were 11 on June 1. If this trend happens in 3Q 2011 we could see average prices fall due to the changing mix favoring the lower end of the market. It seems counter-intuitive that prices could weaken when supply is dropping fast and demand is so strong. However we must remember that public sentiment toward housing is still very negative and most people have not noticed the change in the balance of the market. In late 2005 and the first half of 2006, demand was weak and supply growing like Topsy, but prices continued to rise and were still extremely high at the end of 2006 because public sentiment toward housing remained very positive until the moment prices could no longer hold their artificially elevated position. At the moment the market balance is reversed but prices are hardly reacting at all. It is possible to theorize that the longer this situation lasts the sharper the ultimate correction is likely to be. We will have to wait and see.

There are those who still believe a large “shadow inventory” of distressed homes is looming over us and is going to cause another collapse in pricing. To address this question, we have developed a chart showing the “shadow inventory” counts for single family homes in Maricopa County. You can find it here. The chart shows that the “shadow inventory” has been declining since November 2010 and is relatively small compared to the monthly sales rate. Of course successful short sales contribute to this decline in the “shadow inventory”. We did not include loans that are delinquent but not in foreclosure in our graph, but instead we recommend an expert on these: Jay Brinkmann, Chief Economist of the Mortgage Bankers Association. You can find his press release on 1Q 2011 delinquencies at http://www.mbaa.org/NewsandMedia/PressCenter/76676.htm.

In contrast to the sales transactions, the foreclosure numbers for June were relatively unexciting. In Maricopa County we counted 4,477 new Notices of Trustee Sales, similar to both April and May but 27% below June last year. We counted 4099 trustee sales, the lowest monthly number since the Bank of America moratorium in December 2010. This total is also 14% lower than June 2010. Both counts are symptomatic of a foreclosure tsunami that peaked in 2009 and is now gradually ebbing.