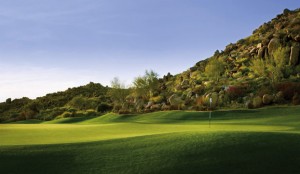 August was similar to July but different from the first half of 2011. Apparently spooked by the debt crisis and the corresponding turmoil in the stock market, the middle and upper end of the market went quiet in July and August, especially for homes over $2,000,000, but the demand for homes under $100,000 continued to go from strength to strength and supply is now very low in several of the lower priced locations.

Looking into the ARMLS data across all areas and types we see the following:

Please don’t waste time looking for negative signals among these numbers. There aren’t any.

The numbers say the market is in very good shape with demand far outstripping supply. However most potential homeowners (understandably) would disagree. Normal home buyers tend to pay far more attention to their emotions than local housing market data. Most people are still experiencing too much fear to consider home ownership or upgrading, with an uncertain economy, poor employment statistics and the psychology of crowds discouraging them from taking advantage of the lowest pricing in over a decade, even with low interest rates as the icing on the cake. In addition we have some very real factors keeping pricing down. Appraisals are almost universally conservative, often coming in lower than the buyer is willing to pay. Lending is highly constrained by extremely cautious underwriting. A large number of homeowners have negative equity putting a damper on their financial plans. In fact almost everything is the exact opposite of the first half of 2006, when the numbers indicated clearly that the market was headed for disaster but nobody paid any attention. Then we could see appraisals supporting ever increasing prices, lending policies were more relaxed than ever and everybody seemed to believe that prices could only go up. Indeed they believed this right up to the point of collapse.

Now it seems to be popular to believe that prices will fall further. Indeed with the current negative sentiment it is certainly possible they may fall a little further for a short while, especially if the upper end of the market stays quiet. However it is also inevitable that they will at some point increase from the current level and the market statistics indicate that this may be sooner than most people think. When demand is well above normal and supply is well below normal, prices cannot fall indefinitely. In the past the laws of supply and demand have only been ignored for about 18 months at maximum. Then we have seen them cut in with a vengeance. We have gone 9 months so far with the market indicators and pricing going in opposite directions.

So where is pricing now?

The lowest point so far for overall monthly median sales price is $107,000 reached on February 22, with August 9, 17 and 18 all matching that level. We are currently above that low point – back around $110,000 with no clear sign of direction.

The pricing averages are lower than February but the medians are not. This is caused by the relative weakness of the mid to high end market, a weakness which drags the averages down but has only marginal effect on medians.

In contrast to the spring, prices are now falling at the higher end of the market. The lower end has achieved stability in sales pricing while asking prices are strongly rising and pending prices are showing early signs of increases in certain markets. Competition among landlords for good rental homes is extremely strong and the markets in their favorite locations are very active. This is also reflected in prices paid at trustee sales. which are more competitive now than at any time since 2005. El Mirage, Maricopa, Tolleson, Avondale, all have extremely low levels of inventory, so low that sales volumes are now being affected. The number of lender owned homes for sale in many of these areas is a tiny fraction of the peak level of the winter of 2008/2009.

Interested in Scottsdale Real Estate? Time to get off the fence and make what could be one of the best investments of your life. Call me to arrange a custom search of homes that meet your budget and criteria. We would be happy to show you homes in Scottsdale.