It was recently announced that the NCAA Men’s Final Four basketball games will be held in the Phoenix area in 2017. The games will 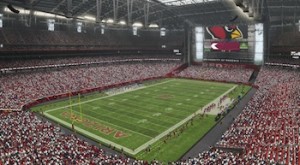 Comedian and The Tonight Show host, Jimmy Fallon, will also be coming to Phoenix for a post-Super Bowl show at the Orpheum Theatre. Tickets have not yet been released.

With so many upcoming events happening in the Phoenix area, it truly is the place to be. In Phoenix, we also get to enjoy snow-free weather. For those of us who crave a little snow in the wintertime, Flagstaff is only a two-hour drive away. This small town features a large mountain with great snow sport activities. It is the perfect close-by destination for a snowy getaway.

Scottsdale is arguably one of the best places to live in the Phoenix area. With its upscale yet family-friendly environment, everyone can find something they love about Scottsdale. With three malls and countless shopping centers, Scottsdale is a shopper’s paradise. Golfers from around the country flock to Scottsdale because it has some of the best golf courses in the Southwest. Scottsdale is home to many art galleries that can be enjoyed year-round. Everyone loves a good place to have dinner. There are restaurants galore in Scottsdale, eight of which received AAA’s prestigious 4-diamond rating.

You can find countless things to enjoy in Scottsdale, Arizona. If you would like to see any homes in Scottsdale, call or email me at (602) 791-0536 or Carmen@TopScottsdaleHomes.com.