Over a million Phoenix area homes were built since 2000, which means that Phoenix is the ninth youngest housing city in the nation. 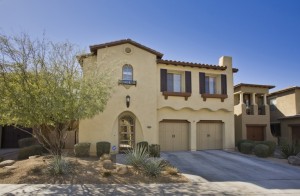 According to new research, 28 percent of the Phoenix area housing was built between 2000 and 2011. This 28% is a huge number compared to the average of 15.8% in the 109 major markets around the nation. Only eight other cities have a bigger percentage of newly built homes. Major market means any city with over 200,000 housing units in 2011. Las Vegas is the other city in the southwest with a young housing average. 36.1 percent of the homes in Las Vegas were built during the 21st century.

Many home buyers prefer to look at newer construction homes. If you are looking for a home in a sunny climate Phoenix or Scottsdale may be the perfect option.

Call me to schedule an appointment to view any homes in Scottsdale.