Thinking of buying Scottsdale real estate this year? According to a study done by Forbes, Phoenix is currently among the highest ranked metropolitan areas in the U.S. in terms of economic growth. Phoenix ranked No. 3 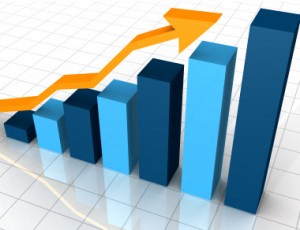 in Forbes’ list of the “Top 20 Fastest Growing Cities” in America, making it a top pick for 2014 investors.

Forbes compiled its list from 100 of America’s largest metro areas. Using six key metrics, they selected the Top 20 Fastest Growing Cities year-over-year. Factors used to rate each city included estimated population growth, job growth and gross metro product growth from 2013 to 2014. The rate of unemployment and the median salary of college-educated workers in each local area were also considered.

Phoenix ranks third with an annual population growth of 1.67 percent, unemployment rate of 6.4 percent and a median salary of $64,000. Ahead of Phoenix are Austin, TX, which tops the list of the nation’s fastest growing cities, and Raleigh, NC at No 2. Texas has 3 other cities listed in the Top 20: Dallas (No. 4), Houston (No. 10) and San Antonio (No. 20).

Now is the perfect time to purchase a Scottsdale home. North Scottsdale is one of the most highly coveted communities in metro Phoenix, with stunning luxury homes, dramatic scenery, and a high-end resort lifestyle. If you wish to schedule a tour of Scottsdale homes for sale, call us at (602) 791-0536 or email Carmen@TopScottsdaleHomes.com.