Below is an article from Partridge Partners. It is a pessimistic view of the Scottsdale Real Estate market, but I always like to present countering views, so I am publishing it in its entirety. My personal experience in selling homes in Scottsdale is much more positive. Inventory is down and buyers are coming from all over the country to take advantage of the historic price drops of homes in Scottsdale.

The United States needs to make it more attractive for capital to flow back into the housing market to get the residential real estate industry – and the economy – back on track, a Federal Reserve economist said Wednesday. 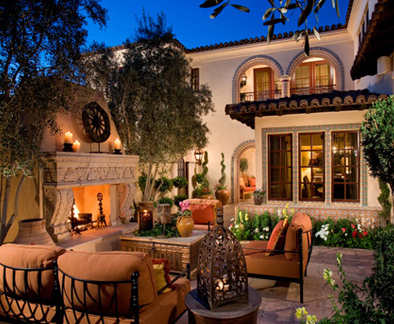 This new normal includes millions of foreclosures still in the pipeline. Households, he said, will continue to deleverage – both voluntarily by paying down debt and involuntarily via mortgage defaults  – putting further constraints on the economy.

“My estimate is that we have in the U.S., somewhere between $3 trillion to $5 trillion too much mortgage debt,” he said. Emmons said the average household needs to deleverage by about $80,000 or about a third of its mortgage debt.

“Many millions of households have experienced great stress on their balance sheets,” he said. “There is tremendous pressure to reduce debt.” That is key in understanding why the economy is going to grow so slowly.

The new normal could last as long as seven to 10 years, he predicted, noting that was his own view not that of the Federal Reserve.

Emmons gave a decidedly pessimistic view of nation’s growth prospects, saying he doesn’t expect a bottom before 2015. He spoke as part of a webinar hosted by theAmerican Legal & Financial Network, a national network of legal and residential mortgage banking professionals.

Signposts of the economic bottom will be recognizable when housing becomes a hated asset class, when homeownership is denounced by former housing advocates as a trick or a trap and significant consolidation in the housing and mortgage industries makes people feel that profitability in those industries is hopeless.

But that will be the time “to get in,” he said.

“We have to find that place where housing becomes exciting again and people want to buy houses,” Emmons said, noting that investors will be key to a “self healing” of the housing economy and pointed to “the capitalistic instinct to realize that any period of turmoil presents opportunities.”

Equity investors who view depressed housing prices as an opportunity could allow for large-scale conversion of for-sale properties into rental properties, helping to reduce the time it will take to re-balance the economy.

Emmons said he expected little, if anything, out of Washington with the existing cost-cutting mindset and lack of political will for grand-scale programs that would be large enough to make a difference. He also said the Federal Reserve has done what it can, saying the problem is one of solvency not liquidity.

President Obama is scheduled to address the nation on Thursday evening with a jobs speech for a beleagured nation dealing with an unemployment rate at 9.1%. On Friday, the Labor Department released a report showing zero employment growth in August. It’s unclear whether Obama will address the country’s housing woes in his speech.

But just waiting to grow out of the problem isn’t feasible as it would take 20 to 30 years to grow into the mortgage debt the nation has now and the large debt overhang will continue to constrain markets, Emmons said.

More likely, Emmons said, is a lost decade of deleveraging, much of that through mortgage defaults. While the adjustment will be more painful, the nation will hit bottom sooner and get back to normal sooner.

With consumers on the sideline, the nation will need to figure out how to grow the economy without the help its gotten in the past from consumer spending, he said.

That means attention toward business growth and global competitiveness.

“We have to create climate for more business investment to take the place of consumer spending,” he said. In the short term, government spending will need to fill the void as the economy works to re-balance, he said.

Back in December, Fed Chairman Ben Bernanke expressed concerns that the economy would not continue to be self-sustaining. It takes about 2.5% GDP growth to keep unemployment stable.

As growth slows below 2.5%, it may be more likely that the nation will slip into recession. Emmons suggested that may have already occurred as debt ceiling talks and the recent debt downgrade by Standard & Poor’s further pummeled consumer confidence.

Ultimately, a stronger housing market will be key in getting the economy back on track. Five years ago, few would have thought the country would be in a situation with home prices down some 30%. People seem incredulous that prices can drop further, but they can, he said.

“The scale of problems is so huge,” Emmons said. “Like a huge earthquake shook the entire nation, and knocked all the houses down.

If you have any questions about the Scottsdale real estate market or would like to view homes for sale in Scottsdale please call me at (602) 791-0536.