Help for homeowners, agency expands the use of funds 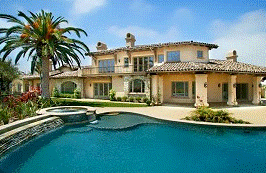 Federal funding to help prevent foreclosures in Arizona is being expanded to more people because the effort has failed too many homeowners, according to the state agency charged with overseeing the program. Of the $268 million allotted to the state since 2010, only about $4 million has been spent as of this week. About 200 homeowners have received various forms of aid, far shy of the 4,000 the housing agency hopes to help. Officials and housing advocates say mortgage lenders are the reason for the breakdown: Much of the aid was intended to be used to pay off a portion of what a struggling homeowner owed, as long at their lenders agreed to forgive an equal amount. But large banks and the federal mortgage agencies that back many loans have been slow to respond or have not agreed to loan modifications, despite the federal backing for the program, officials say. Though dozens of applicants qualified for that form of aid, only three had their banks agree to the loan modifications. “We have done and are doing everything we can to spend this money on homeowners who desperately need it,” said Michael Trailor, director of the Arizona Department of Housing. “Lenders are making promises and commitments they aren’t keeping.” Trailor said he has sat down repeatedly with lenders that have agreed to step up efforts to approve loan modifications approved by his agency but still the deals aren’t going through. He also sat down with regulators of the two mortgage backers, Fannie Mae and Freddie Mac, and appealed to them to work with the program several times during the past year, he said. But he and housing directors in other states that received the federal funds, known as the Hardest Hit Housing program, have been turned down by the mortgage giants. In response, the Arizona Housing Department is now easing requirements for people applying for aid and has expanded the program to use the money in other ways.

Last week, officials launched a program to use the funds to help borrowers complete short sales. Such sales can help “underwater” homeowners, who owe more than their homes are now worth. In a short sale, the bank agrees to allow a sale for less than the balance of the loan, letting the homeowner avoid foreclosure and take less of a credit-record hit. The state agency is now offering homeowners $4,500, plus money to pay closing costs such as the real-estate agent’s fee, if they work with their lender to complete a short sale. It started taking applications for its short-sale assistance last week, and several real-estate agents already have made inquiries. Trailor said the aid doesn’t keep a family in their home, but at least it gives them money to move on.

Early this year, after completing only one successful loan modification with the federal money, the housing agency began putting more resources into a program to pay the mortgages of homeowners who are unemployed or underemployed. Depending on their income, eligible homeowners can receive up to $2,000 a month help with their payments for as long as two years. Michele and Steven Allman were struggling to make the $850 payment on their Maryvale house earlier this year. He had been out of work hanging drywall for two years. The couple, in their 50s, wanted to keep their home to retire in but were afraid they would lose it to foreclosure before the end of the year. Then they heard about the state Housing Department’s program to help people pay their mortgages. “We got a postcard in the mail about the program and thought maybe we could get some help,” said Michele, who was working but for less money and fewer hours and not making enough to pay the mortgage. “We knew it was taking forever to get loan modifications and we might not get the money.” The couple applied and were approved within weeks. Now Arizona’s federal money is going toward paying more than $700 of their mortgage each month. Before recent changes to Arizona’s plan, the Allmans wouldn’t have qualified because at least one of the home’s borrowers had to be fully employed. Now, if one borrower is unemployed and the other is underemployed, they can qualify. “This is our home,” she said. “We recently needed a new roof, and we did the work because we didn’t have the money but wanted to take care of our house.” The state Housing Department has been able to help 169 Arizona homeowners keep making their mortgage payments and is encouraging more people to apply. About $3.6 million of the federal funds has gone toward this program.

In March, Bank of America committed to working with Arizona’s housing agency to finalize thousands of loan modifications, reducing what borrowers owed in exchange for a partial payoff. The program can reduce a homeowner’s principal by as much as $100,000 if the bank agrees to forgive half. That can translate into a monthly payment reduced by more than $1,000. The state agency estimates at least 30,000 B of A borrowers in Arizona could be eligible for the aid. But the lender has yet to complete one of the program’s loan modifications, housing officials said. The bank didn’t return calls to comment. Similar problems have stalled efforts to help borrowers with other banks or with federally backed mortgages. So far, the program has completed three loan modifications and spent $63,000. “It’s been more than disappointing working with the major lenders, but we aren’t giving up,” said Reginald Givens, foreclosure assistance administrator for the state agency. The first loan modification under the state program was done in January with National Bank of Arizona. Kim Hensley, a counselor with Genesis Housing Services, a non-profit housing counseling service, worked with a Phoenix homeowner to obtain an $80,000 principal reduction. “The Housing Department has worked to create some really good programs, and they are really trying to help people,” she said. She noted that so far, counselors have found success in reducing principal only on loans made by small banks. “I have found to do one of these loan mods, you have to stay away from the big lenders,” she said. “They aren’t interested and are just wasting everyone’s time.” She has also been able to help homeowners with some of the Housing Department’s other programs funded by the federal money, including assistance in paying off a second mortgage. About $42,000 of the state’s federal money has been spent on second-mortgage assistance. Easier to qualify In the past, housing advocates’ main criticism of Arizona’s Hardest Hit Housing plan was that it was too difficult for most homeowners to qualify. They had to be two months behind on their mortgage, show at least one of the borrowers was fully employed and have bought their house before 2007. The state agency’s effort to loosen some of its requirements so more homeowners will qualify is receiving the approval of more housing counselors. Instead of missing two months of mortgage payments, Givens said, struggling borrowers can now show financial documents to prove they are about to fall behind. Applicants still have to owe more than their houses are worth, proving they can’t sell to avoid foreclosure. Investors still aren’t eligible for aid to keep homes they don’t live in. And the most controversial eligibility requirement also still stands. Borrowers can’t have taken out a second mortgage for anything except to purchase the home. Bob Bingham applied for aid from the Housing Department and was denied because he took out a second mortgage on his Ahwatukee Foothills home in 2006 to pay for his daughter’s college education. “I think the Housing Department needs to look at that requirement on a case-by-case situation,” he said. “I didn’t buy a big car or even spend the money on a nice dinner. The money I put into my home for several years helped put my daughter through college. What’s wrong with that?” Trailor and Givens say they will begin looking at more applications on a case-by-case basis to try to qualify more people who have been making their mortgage payments and trying to do the right thing, instead of splurging on luxury items and then expecting to be bailed out. The Hardest Hit Housing money came from the $700 billion Troubled Asset Relief Program that expired in October of last year. Arizona, California, Nevada, Florida and Michigan received funds from the Hardest Hit Housing fund. Just over a year ago, the Treasury Department approved Arizona’s plans for using its first allotment of Hardest Hit money, $125 million. Then last December, it gave the state an additional $143 million. The other states that received funds are also struggling to spend the money. All states must spend their funds by the end of 2017 or lose them. “I wanted to have helped hundreds of Arizona homeowners reduce their balances and modify their loans by now,” Trailor said. “This has truly been the most frustrating experience I have encountered. I have money to give lenders to help slow foreclosures, and they won’t take it.”

Call me to start your search for Scottsdale homes for sale or to schedule a showing in Scottsdale.