Bubba Watson, PGA Tour Superstar and winner of the 2012 Masters Tournament, is one of Scottsdale’s favorite golfers and a member Estancia Golf Club. There are many PGA players who own Scottsdale homes, including Phil Mickelson, but Bubba seems to attract the most attention these days. Apart from being an incredible golfer, he has many quirks that keep him constantly in the spotlight. 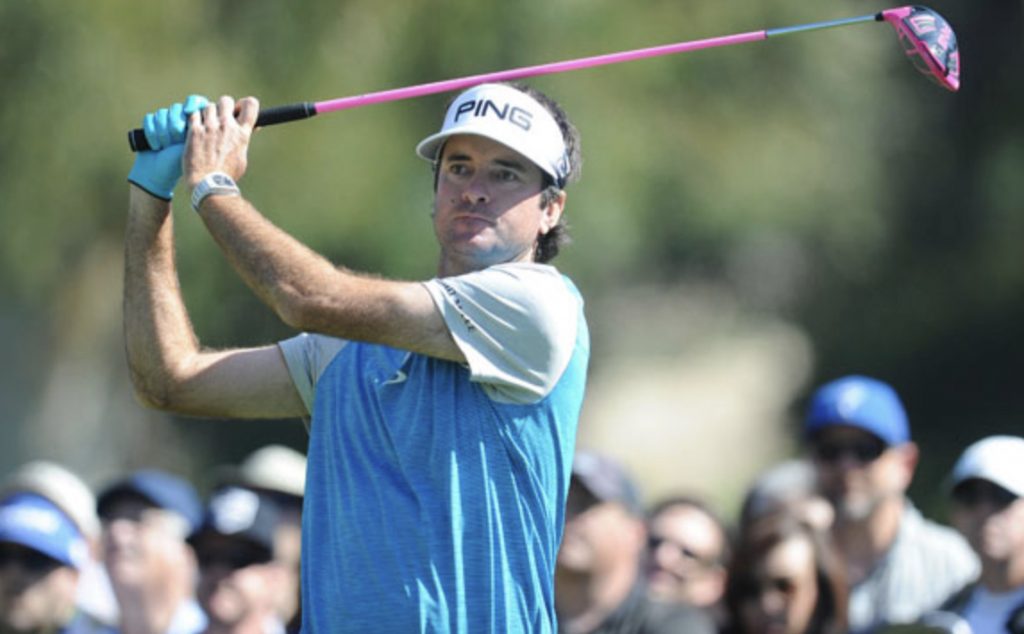 One thing Bubba is known for is the bright pink shaft on his driver. That coupled with an unconventional swing is enough to stir up a bit of controversy. The fact that he has never utilized a swing coach—he practically taught himself how to play in his own backyard—sets him apart from most other golfers and shows the level of dedication and hard work he has put into becoming good on his own. Judging from his recent tournament play, it appears he must be doing something right.

It is clear that Bubba Watson does not like to take himself too seriously. He has uploaded numerous videos on his YouTube channel of his “trick shots,” hitting not only golf balls but different kinds of produce and even a cake. Last year, he and fellow golfers Rickie Fowler, Ben Crane and Hunter Mahan released the hit music video, “Oh Oh Oh,” as boy band Golf Boys, and more recently, the group has come out with “2.Oh.” The newest video has had almost 4 million views, while the original has over 6 million. Both videos were shot for charity, with Farmers Insurance donating $1,000 per 100,000 views.

Bubba Watson, being heavily involved in charitable work himself, has put $50,000 toward a playground at Pensacola, Florida’s Ronald McDonald House and also runs junior golf clinics, placing emphasis on the importance of an education. Last year, he worked to raise $1 million for charities based in his home of Scottsdale.

It is refreshing to see an athlete so down-to-earth, who plays for no other reason but love of the game. If you are interested in any Scottsdale golf homes, give Carmen a call at (602) 791-0536 or email Carmen@TopScottsdaleHomes.com.