The Waste Management Phoenix Open won several awards in 2015, including “PGA TOUR Tournament of the Year” for the second consecutive time. A lot of hard work and dedication was put into the tournament and it is definitely paying off. Andy Pazder, Chief of Operations and PGA 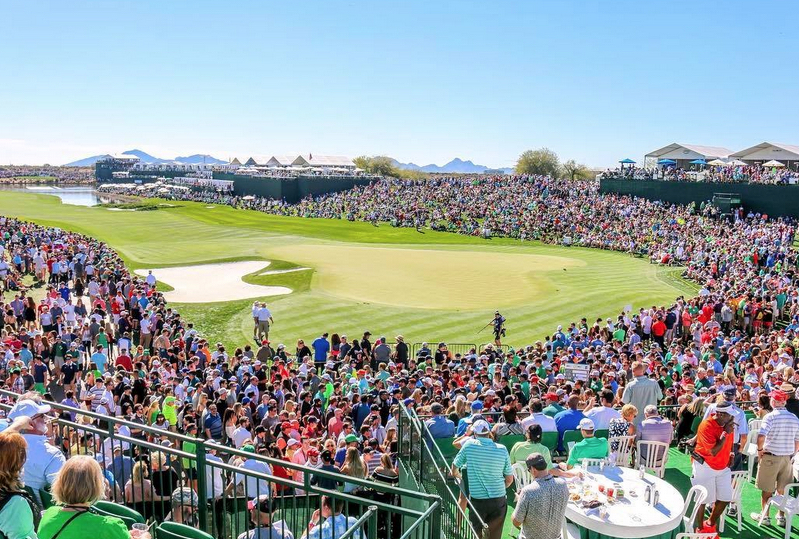 TOUR EVP says, “The tournament committee worked tirelessly with its title sponsor on new and innovative ways to improve the tournament experience and this award is a testament to that.”

The Waste Management Phoenix Open set new records last year, adding to the numerous reasons why they should win the ”Tournament of the Year” award. Among these accomplishments, a record-breaking $9 million was donated to benefit local charities. This high number was in part thanks to the 564,000 fans that attended the event, another record-setting amount. The Waste Management Phoenix Open also had the highest number of sponsors at 1,617 and over 4,200 volunteers.

In addition to all of the other accomplishments, the Phoenix Open was given the title of “Best Title Sponsor Integration”. Waste Management was present all around the event and 100 percent of the waste from the tournament was diverted from landfills, embodying Waste Managements’ sustainability goals. It was indeed the “Greenest Show on the Grass”, as promised by its tagline. “We’re especially proud of the ‘Best Title Sponsor Integration’ award which recognizes the tremendous Waste Management team effort to make this the greenest show on grass.  We sincerely congratulate the tournaments who also received well-deserved recognition at the awards.”

Lastly, the Waste Management Phoenix Open received the award for “Best New Sales Product”. This award was given because of the 16th Hole Loge Suites, giving fans a phenomenal view of the 16th hole, along with several other holes and a lavish experience with great food, drinks, and games. The suites added a lot of revenue to the Open since the tickets to sit there were significantly more expensive.

The Waste Management Phoenix Open 2016 is just around the corner, from February 4-7 at TPC Scottsdale. We’ll see you there!

Scottsdale golf homes offer a luxurious way of living and get you closer to the action. Schedule a showing today to see for yourself what they have to offer. Contact me at (602) 791-0536 or by email at Carmen@TopScottsdaleHomes.com.